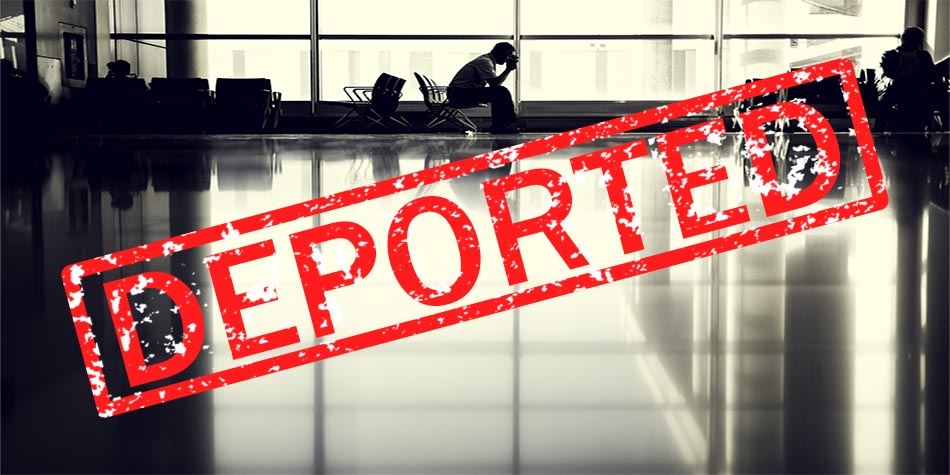 There are increasing reports of people being deported from China each year. The reasons for this are several.

Some people deliberately attempt to stay in China, either by overstaying their visa or by working illegally while in the country as a tourist or student; others are more unfortunate, working under the belief that their visa and working conditions are legitimate when in fact they have been tricked by a fraudulent employer.

The requirements for a work visa in China can seem complex at first. However, there are some rules of thumb that will generally help you to know where you stand.

The two most common cases for obtaining a Chinese work visa are:

·         English teachers with a bachelor degree and English teaching certificate (TEFL, TESOL, CELTA) from native English speaking countries. No prior experience is required.

There are other ways in which a legitimate work visa can be obtained, but these methods apply to fewer people.

Each year new stories emerge about people being enticed to work in China illegally. Many are told they can arrive on a tourist visa and will have their work visa arranged later.

It’s common for people to end up with what they believe is a legitimate employment visa in their passport, when really it was created fraudulently. Some people are aware of their dubious circumstances but continue working anyway, feeling safe that their employers will deal with any problems if they arise. Others are completely unaware of the circumstances their employers have put them in.

There are several known cases of Chinese government officials swooping on schools and detaining teachers who were found to have improper employment credential, many of whom were working illegally. Some of the teachers were aware of their illegal situation; others had no idea, but they all had to go through the ordeal of the Chinese judicial system in the same way. In China, all illegal workers are treated the same.

Why Do These Scams Happen?

These kinds of scams are almost entirely exclusive to the English teaching circuit. The reason employers are so keen to get people over, regardless of work visa, is because English teaching is in such high demand.

There are endless English teaching positions that are waiting to be filled. Obtaining a proper work visa can take up to two months, but employers don’t want to wait that long. Many will attempt to find ways to speed up the recruitment process for their own convenience, without realising they are breaking the law. Other employers know what they are getting into but are still willing to take the risk.

Upon being discovered committing these acts, employers are usually fined by the government. The greater victims, however, are employees. As well as being fined, there is usually a short detention before being deported.

One should also keep in mind the rules which apply to those who are in China on a legitimate employment visa.

Most importantly, a person with an employment visa can only work for the company with whom their visa is connected to. It’s not possible to just quit and freely find a new employer.

Those wanting to move to work at a different company must obtain an official release letter from their current employer. The letter should state that the move is sanctioned, the employee is free to leave, and should have the employer’s official company stamp.

It’s normally a simple process to obtain this letter, however it can sometimes be problematic due to the fact that an early departure from your job is a breach of contract (most contracts are 1 year). It’s important to read your employment contract thoroughly to see if there is anything in the agreement that might prevent an amicable departure.

What to Do If Your Employer Will Not Allow You to Leave?

If it isn’t possible to obtain a release letter, one must instead forfeit their current visa and apply for a new one from scratch. This usually means leaving the country and re-entering once the new visa is arranged.

Some employers claim or believe that they can freely take on anyone who already has a work permit. Due to the reasons explained above, this is not possible.

People who want to transfer to a new company must obtain a release letter from their current employer, or must surrender their old visa and start the application process from the start.

As well as this, keep in mind that it isn’t possible to transfer a work visa into a different industry or area of expertise. There will be some cases where overlap or leeway is allowed but, for example, a person working as an English teacher cannot easily transfer their work permit to work as a software developer. In this situation, the current visa should be terminated and the application process restarts from scratch.

Another common form of illegal work is part-time positions, usually taken by students or by people on employment visas who want some extra income. This is illegal in most cases.

There are some local jurisdictions which allow very specific forms of part time work, for example some Chinese cities allow foreign university students to work for a small number of hours each week.

The best advice is to just use common sense. Don’t be lured in by employers with promises that seem too good to be true, and especially do not trust employers who claim that you can safely arrive with a tourist or student visa and later exchange it for a work visa.

Another thing to note is that employers should have the correct license to operate in their industry. For example, in the education sector, companies must be licensed as an education company in order to employ teachers.

At eChinaCareers, we screen employers for correct business licenses and employment practises. We only post jobs by approved employers, so your work and visa situation is guaranteed to be legitimate.

Most importantly, you must ensure you have the correct visa before entering the country. Don’t take your chances, period!